The hat trick is complete now 3 daughters have all had to see the psychiatrist. Just got her through triage today.

Different challenges to her sisters predominantly she struggles with depression symptoms but it’s muddy enough to need someone qualified to diagnose because I’m pretty sure it’s not major depression.

She has already been diagnosed with premenstrual dysphoria and Implanon worked! She has been going great guns for most of the last year until recent months when she started crashing again and exploding.

Her anger and outbursts are incredible. I was even contacted by her psychologist to say even she hasn’t been able to get through her self loathing lately.

Triage went through the most basic of family history.

Triage: Have you ever had a successful suicide in your family?

Me: Yes my eldest uncle was successful but that was long before she was born.

Triage: Is there a history of suicide attempts in your family besides your uncle?

Me: Yes two younger uncles and my mother

Triage: What methods did they use?

Me: They were creative they have used everything from hanging,  to self harm, overdose and car exhaust. But it all Occurred long before she was born she isn’t aware of any of it.

A couple of hours later I was called back and informed that there is usually a 6 week wait which I am aware of we have waited through it twice. But that it is being waived and they will see her in a week.

Meanwhile the little super hero has had photos back from her camp where she had a fantastic adventure! And even got to see a helicopter!

RAAF Helicopter
And one of the houses for our spooky cemetery has arrived its spectacular with a resin facade! 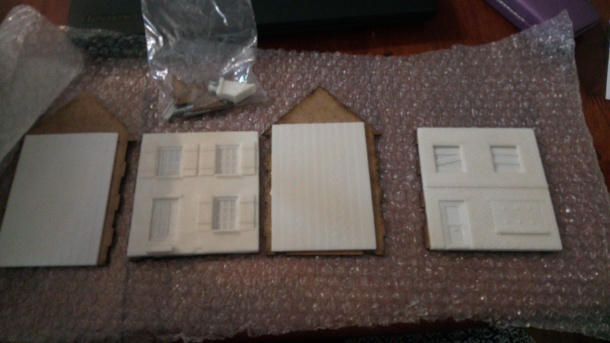 I’m really looking forward to what they do with this, it even has a chimney and cap tiles for the roof